Home Food Nestlé is introducing plant-based cheddar cheese and BACON to go with its...

Within weeks of rolling out its plant-based Awesome Burger Nestlé, is now debuting vegan bacon and cheddar cheese alternatives — offering all the makings for a totally plant-based bacon cheeseburger.

According to CNN, Nestlé announced this week that starting next year, it will sell new plant-based cheese and bacon to restaurants in the US and Europe.

This news comes on the heels of the launch of their Awesome Burger in September, which is going up against competitors like the Impossible Burger and Beyond Meat.

Yum! Nestlé announced this week that starting next year, it will sell new plant-based cheese and bacon to restaurants in the US and Europe

‘We have now raised the bar by developing a “PB triple play” of ingredients for an all-time classic: the bacon cheeseburger,’ Nestlé CEO Mark Schneider said in a statement.

The company has also created vegan sauces to go with the burger.

The new vegan bacon and cheese were designed for use in professional kitchens, meaning they’re unlikely to come to supermarkets — at least not in the immediate future.

The Awesome Burger, however, is now in some supermarkets, and began rolling out in Giant Eagle, Safeway, and Wegmans, among others, starting October 1.

The burger is made under the label Sweet Earth Foods and looks, tastes, and feels like real meat but is made with yellow pea protein.

‘We have now raised the bar by developing a “PB triple play” of ingredients for an all-time classic: the bacon cheeseburger,’ Nestlé CEO Mark Schneider said

New option! News comes on the heels of the launch of their Awesome Burger in September, which is going up against competitors like the Impossible Burger and Beyond Meat

It’s sure to be a popular option, as sales of plant-based meat alternatives have been growing rapidly, jumping 11 per cent in the past year, according to the Plant Based Foods Association and the Good Food Institute.

It’s not just vegan and vegetarian customers buying the products, either — many are snapping them up for several other reasons, including to limit their red meat intake and benefit the environment.

Plant-based mania! The restaurants and brands that are offering up meatless versions of classic dishes

Burger King’s Impossible Whopper hit stores across the US in August after a popular test run last year.

McDonald’s is working on bringing a plant-based alternative to its menus, but so far has just offered the ‘Big Vegan TS,’ which is manufactured by Nestlé, in Germany.

Dunkin’ recently added the Beyond Sausage Breakfast Sandwich to Manhattan stores and plans to roll them out across the US.

Subway began selling the Beyond Meatball Marinara in the US and Canada in September.

A&W added the Beyond Burger to its US and Canada menus in July 2018. IN March 2019, they also added a Beyond Meat Sausage & Egger.

Qdoba started selling Impossible tacos and bowls across the US in May 2019. In October 2018, they also introduced Impossible fajita bowls and burritos.

Carl’s Jr. has been offering the Beyond Famous Star burger since January, and later added the Beyond BBQ Cheeseburger.

Hardee’s is testing a Beyond Sausage Biscuit and an Original Beyond Thickburger in two markets starting October 16.

KFC announced in August 2019 that it was testing vegan fried chicken in one restaurant.

The Cheesecake Factory added the Impossible Burger to US menus in August 2018.

Hard Rock Cafe added the Impossible Burger to US menus in December 2018.

TGI Fridays has had the Beyond Burger on menus since January 2018.

Del Taco started selling Beyond Meat as a filling for tacos, burritos, nachos, and fries with Beyond Meat in April.

Kellogg’s Morningstar Farms will launch the Incogmeato brand with meat alternatives next year.

Gordon Ramsay is savaged online over his Sunday lunch 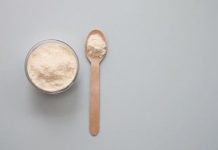 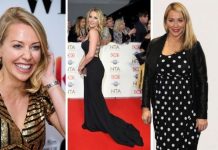 San Churro is giving away 20,000 of its new and delicious Churro Loops for FREE 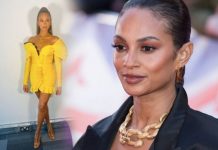 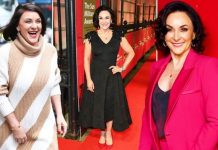 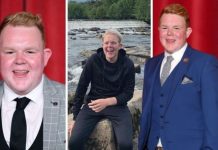 shalw - September 22, 2020
0
Victorians could be arrested and detained by public servants, union officials or anyone else the government authorises under an extraordinary new law that Daniel...