Home Health News Côte Saint-Luc to offer $50 rebates for filters to get lead out...

Starting in 2020, the City of Côte Saint-Luc will be offering a $50 rebate to households affected by lead-tainted tap water so that they can purchase a filter, a spokesman told Global News in an email.

The rebate would be retroactive to any purchase made since Oct. 1 for the affected households in the Montreal-area suburb.

City spokesman Darryl Levine said the city would offer the rebate to any single-family house or duplex in areas where the city suspects the presence of lead service lines.

“The city will continue to replace its portion of the water service line when a homeowner replaces their side, and we will continue to replace them when opening up a street during road resurfacing work,” Levine said in the email. “Our engineers are working on preparing a plan for the systematic replacement—street by street—and analyzing the costs and timelines. We’ll be able to announce details in 2020.”

The city, which has a population of about 32,000 people, also plans to test the water in about 3,200 homes on its territory starting in the summer of 2020 and it hopes to complete this testing within three years, Levine added.

This would be a dramatic increase from testing in previous years in which only a few dozen homes were tested each year. In 2018, more than half of the 40 homes tested had lead levels in their tap water exceeding the recommended federal safety limit of five parts per billion. The Quebec standard is now set at 10 ppb, but the provincial government has announced it will soon adopt the new federal guideline recommended by Health Canada.

Levine made the comments in response to a joint investigation by a group of media partners, including Global News and Concordia University’s Institute for Investigative Journalism, that revealed Côte Saint-Luc has some of the highest numbers and percentages of lead exceedances in all of Quebec. The new proposed measures came in the wake of a private meeting featuring city officials on Nov. 25. Mayor Mitchell Brownstein previously told Global News in a separate email that lead in tap water was scheduled to be on the agenda at that meeting.

A lead service line is an underground pipe made of lead that connects some homes and apartment buildings with eight dwellings or fewer to city water mains. When water passes through these lines, they can leach lead that winds up getting into homes when people open their taps.

Larger buildings normally do not have any lead service connections, although they can still get lead in their tap water through internal plumbing fixtures, pipes and lead solder.

Scientists say that there is no safe level of lead, a cumulative poison that can cause a variety of illnesses such as high blood pressure and kidney problems in adults. It is also linked to behavioural problems and a loss of IQ in children, as well as complications during pregnancy.

The city has fielded dozens of comments from concerned residents since Nov. 18, when Global News first reported on testing results from Côte Saint-Luc, released by the Quebec Environment Ministry through access to information legislation to the Institute for Investigative Journalism.

Côte Saint-Luc, which demerged from the Montreal megacity in 2006, refused to release its own data and documents about tap water sampling results and its correspondence with an engineering firm that manages its water supply in response to a series of access to information requests by Concordia journalism students. Instead, it asked the provincial commission overseeing Quebec’s access to information regime to grant it permission to ignore the requests by arguing that the students were “abusive.” 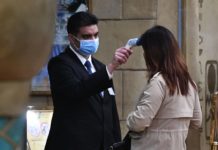 What are coronavirus symptoms? In mild cases, just like the common cold

Jessica Simpson started drinking at 7.30am and was too wasted to dress her kids

WHO says coronavirus outbreak is NOT an international emergency

Chinese coronavirus Q&A: What do we know about the virus so far? 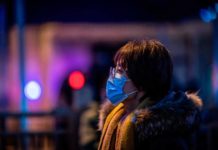 ‘Too early’ to declare China coronavirus a public health emergency: WHO

Dow Jones falls 150 points due to US Chinese coronavirus case

Flights from Wuhan to Australia to be screened for Coronavirus

shalw - January 23, 2020
0
US scientists are already working to develop a vaccine against the new coronavirus that has killed 17 in China, where it originated, and spread...