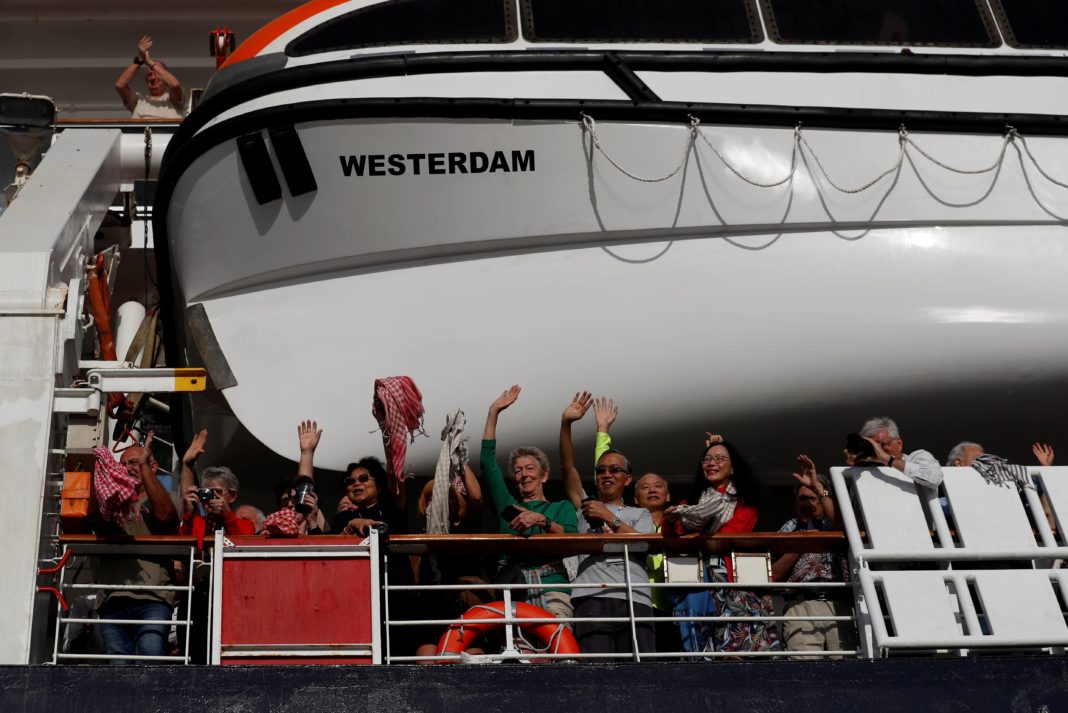 After nearly two weeks cast away in search of a port that would take them, passengers aboard the MS Westerdam cruise ship spoke of an ordeal that was anything but harrowing.

“Everyone says ‘poor you’. But there was no poor you. We had free internet and free wine. We had three-course meals. There was so much choice,” said Zahra Jennings, a retired staff nurse from Britain.

The 1,544 passengers and 802 crew had never expected a port stop in Hong Kong to metastasize into full-blown fear that some of the ship’s passengers carried the novel coronavirus that emerged in Wuhan, China, late last year and has killed more than 1,500 people.

Turned away by Japan, Taiwan, Guam, the Philippines and Thailand, it was Cambodia that finally let the lost ship dock – and it was discovered there that none of the passengers was infected.

The only complaint aboard?

“They ran out of hash browns a couple of days ago, and tomato sauce,” said Robert Sayers, a 60-year-old chemical company employee from New Zealand. “But that was it. It was fine, really.”

Cruise ships around Asia face widespread fears they may be spreading the virus since it was found aboard the Diamond Princess that is now at anchor in Yokohama and where 218 of the passengers have been diagnosed with the virus.

It was Valentine’s Day when the first passengers disembarked from the Westerdam. The prime minister, Hun Sen, flew in from the capital, shaking hands with passengers and handing out roses. Government officials draped “Welcome to Cambodia” banners on buses. All passengers were given free visas.

Hun Sen, an authoritarian ruler condemned by Western countries for human rights abuses said: “Our current disease around the world is fear and discrimination,” he said. “If Cambodia didn’t allow this ship to dock, where should these 2,000 passengers go?”

Holland America sent letters to all passengers saying it would reimburse the cost of the cruise, give them another free 14-day cruise, and charter them flights home. The company, it said, would do its best to match the class of flight they had originally booked.

The cruise had been scheduled to end in Shanghai on Saturday. In Shanghai it was 14 Celsius, overcast and raining. In Sihanoukville, it was 27C and sunny.

Holland America arranged free coaches to a nearby beach for the stranded passengers, across the street from the villa where Hun Sen stays in Sihanoukville and surrounded by Chinese casinos.

“This was my best cruise ever,” said retired Canadian aerospace engineer Pierre Ashby. “Usually you buy a cruise and you know exactly what you are going to get. This was an adventure.”

His wife was sitting beside him in a yellow bathing suit with two red roses. Barefoot in the sand, he smiled and gestured out to sea.