Some persons have died following an outbreak of Yellow Fever in Bauchi State, the Nigeria Centre for Disease Control (NCDC) has confirmed.

Concise News reports that the agency in a statement on Friday said it was first notified of the outbreak on August 29 when the agency received the report of a confirmed case of yellow fever in Kano State from a laboratory in its network.

According to the statement, three of the confirmed cases are residents of Alkaleri Local Government Area (LGA), with a fourth case linked to a tourist who was visiting Kano State and also visited the Yankari Games Reserve in the same LGA within Bauchi.

The commission further stated that subsequent investigations led by the Kano State Epidemiology Team established that the confirmed case of yellow fever “was from a patient who visited the Yankari Game Reserve in Bauchi, in August with his father.

“The father died with similar symptoms before a sample could be collected and tested,” the statement partly read.

In a similar vein, the Borno State Epidemiology Team on Tuesday had reported deaths among students of Waka College of Education in Biu LGA Borno State.

The students are said to have visited the Yankari Games Reserves in August 2019.

The NCDC said that “of the 95 Students that visited the resort (Yankari Game Reserve), eight of them developed symptoms and six had died as at the time of the report. The others are in a stable condition. Samples from these cases are being tested.”

According to the health agency, intensification of surveillance activities have led to the confirmation of three more cases in Bauchi, all residents of Alkaleri Local Government Area of Bauchi.

Since it was notified, the NCDC said it has been collaborating with the state epidemiologists and the World Health Organisation country office to investigate these events.

“We have deployed a rapid response team to support Bauchi State to carry out further in-depth investigations, including case finding, risk communications, and support the management of cases.

“Samples of the other suspected cases from Bauchi and Borno states are currently being transported to the NCDC National Reference Laboratory in Abuja for further testing,” it said.

NCDC said it has also activated the Emergency Operations Centre to coordinate the response to the outbreak. 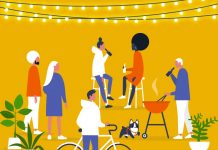 Can I go to the beach or someone’s backyard? Here’s how risky summer activities are 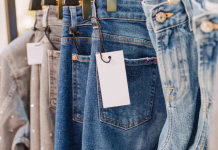 Can I try on clothes now that stores are reopening?

Lady Gaga reveals the impact schoolyard bullying had on her 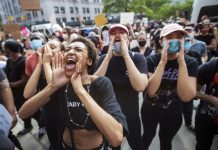 After R, the K number becomes crucial to fighting second wave of covid

David Walliams, 48, ‘sets his sights on a romance with Ashley Roberts, 38’ 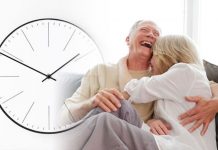 How to live longer: How one touching gesture could prolong your life expectancy

shalw - May 31, 2020
0
They've been relishing in some quality time together amid UK's coronavirus lockdown after experiencing marital issues.And Jeff Brazier and wife Kate Dwyer appeared happier...

It will be fun